September 3 2014 – Richard Robbins – Deliver the Unexpected: And 6 Other New Truths for Business Success

From his small town roots as an award-winning real estate sales professional at the age of 24, to world-renowned speaker, author and elite business coach, Richard Robbins is Co-founder and CEO of Richard Robbins International Inc., a leading sales and business coaching organization that has transformed the businesses and lives of thousands of real estate sales professionals and leaders at all levels, worldwide. read more.. 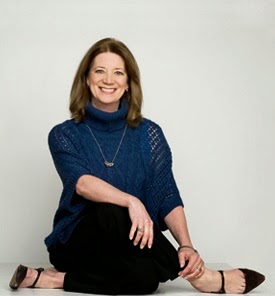 Whether guiding business leaders to reach new heights, coaching individuals to increase results by bettering their presentation skills, or working with companies to grow their sales and create new systems and processes, Teresa works with joyful determination to ensure her clients leave their time together challenged, and in an enhanced position to increase revenues.  read more..

A night with our very own Maryam Monsef, Peggy Shaughnessy and Kerri Davies. read more.. 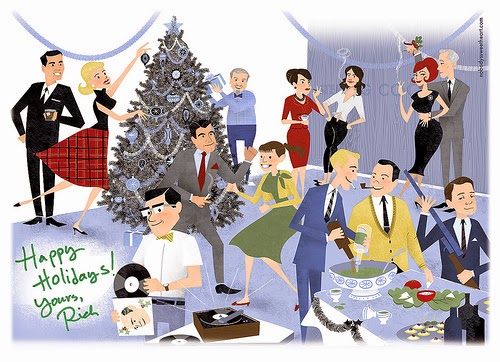 Our Holiday Event is a time to celebrate the holidays in style and raise a glass of cheer with the great members of the WBN.  It is a time to relax, be with friends and colleagues, and reflect on your accomplishments of 2014.  It is also our way to give back to our Peterborough community through our support of the YWCA Crossroads Shelter.We are fortunate to be hosting the event at the Venue. read more..


Nina Spencer is a popular Toronto-based international corporate motivational speaker, workshop facilitator, speaker’s coach and best selling author. Dubbed by the National Post as, “One of Canada’s leading motivational speakers”, she is in-demand with audiences from a diversity of associations, professions and industries, in both the public and private sectors. Read More

Frank s a seasoned Toronto-based keynote speaker, workshop facilitator and leadership development consultant. Holding a Combined Honors. B.A. from York University, Frank’s early professional days as a rehabilitation counselor well informed his middle and senior years in progressive leadership and management positions within the health, wellness and safety-focused areas of the Ontario Public Sector. Frank spent the last ten years of his organizational life working as an Internal Consultant focusing on leadership development, the delivery of Human Resource products and designing/developing customized interventions for work teams. Check him out at  http://youtu.be/kqTaLmYFQec

After great success in 2012, we are happy to be hosting another WBN Trade Show at the Venue.   This night will provide members and businesses an opportunity to showcase their business, learn from other members experiences through member success stories and offer an enhanced networking opportunity as we mingle with cocktails and plenty of food.  Once details are finalized, more information will be posted.  Please stay tuned.

April 1 2015 – Local Resources for your Business

Do you know all of the resources and services there is in our community to help business grow and develop?  Tonight we will feature a number of local agencies and organizations that will present on how they can help you succeed in your business.  Whether it is funding resources, business support, or partnership development, members and guests will definitely leave with more information and knowledge about what Peterborough has to offer.

Success in partnering with Kevin O’Leary, one of Canada’s notorious Dragons from the CBC’s Dragons’ Den and over 20 years of business experience in corporate and entrepreneurial settings, Claudia Harvey is sought after as a Keynote speaker for Corporate functions, Association meetings and Conferences. Read More

From his small town roots as an award-winning real estate sales professional at the age of 24, to world-renowned speaker, author and elite business coach, Richard Robbins is Co-founder and CEO of Richard Robbins International Inc., a leading sales and business coaching organization that has transformed the businesses and lives of thousands of real estate sales professionals and leaders at all levels, worldwide.

Richard is author of the ground-breaking new business book, Deliver the Unexpected: And 6 Other New Truths for Business Success that exposes the pitfalls in many conventional approaches to success and replaces them with a new set of rules for reaching personal and business success. Richard is also the strategic force behind all research and development of his organization’s highly impactful and world renowned programs such as: Ignite
Training Retreats, Business Advance Coaching, Masters Edge Training and The Vault.

On a more personal note, Richard believes life is to be experienced at every opportunity. From flying a fighter jet through the mountains of South Africa, skiing at the peaks of Whistler, to racing NASCAR and coming face to face with sharks some 80 feet below sea level in an open water shark dive – Richard seizes each and every opportunity to live life to the fullest.

Richard and his wife, Sue,Co-founder and Managing Partner at Richard Robbins International, reside in Markham, Ontario, with their two kids, Jaimie and Tanner. The Robbins’ are avid readers, fitness enthusiasts and personal development junkies who truly believe there’s no place like home.

Richard is a sought-after expert in the field of sales performance, business and leadership, and is best described by his audiences as the epitome of a true integrity-powered leader. He has been performing ground-breaking seminars and keynotes for nearly two decades, in over half a dozen countries, on four continents and at countless international conventions for audiences exceeding 10,000 people. His captivating presence and engaging style allow him to communicate profound messages in ways that make even the most complex topics understandable, memorable and immediately usable.

Book your seat here to see Richard fast, we’re sure to sell out!